These are SA's favourite foods according to UberEats 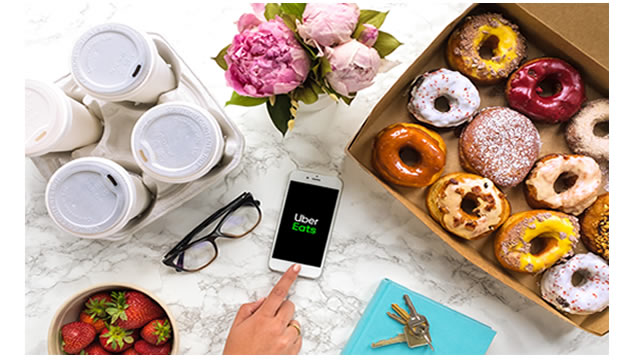 Uber Eats has released their second annual Cravings Report which details some of South Africa’s most peculiar (1x cappuccino made with low-fat milk, 2 ¾ teaspoons of xylitol sugar without cream and dusted with cinnamon in the shape of a leaf) orders placed and requests made on the app.

As like last year, tomato remains the most requested item to be left off any meal, with more than 70 000 orders asking for its immediate removal. While thousands of tomatoes were saved, at least 3000 whole onions were spared the same fate, as the crunchy vegetable was the next most removed item. Rounding out the top three most removed garnishes is pickles.

While thousands of orders left off all trimmings and garnishes, South Africans do love extras. The most requested addition to any order was that of extra sauce, with chilli being among the most popular. Mayonnaise, however, received the least love, being the most dejected condiment.

Over 5000 orders were made in the ‘hot’ category, while at least 1 300 went a step further and requested ‘extra hot’. Medium to mild was less of a crowd-pleaser but still performed well for those who prefer sweet over spicy

Some will always love familiar flavours, but South Africans are brave in satiating their quirky cravings. More than 4000 requests were made to not include cheese, and a percentage of these were on pizza. Granted that these same orders also asked for a gluten-free base, and dairy-free toppings.

Other intriguing order combinations included dairy-free coffees topped with fresh cream, mild wraps with extra chillies and extra cucumber and barbeque sauce on kotas. The allergy-friendly filter was a popular feature with thousands of orders made via this specific filter.

During the nationwide lockdown, Uber Eats noticed a shift towards the adoption of healthier, reserved eating. Meat was commonly swapped for vegetarian-friendly options, while there was a stark increase in vegan orders placed.

The keyword ‘healthy’ grew by an astonishing 82% while overall healthy orders increased by 71%. The Poke Bowl (with extra seasoning sauce for some reason) was the top healthy order.

Local is lekker has never been more true, with over 1000 orders made with the request to swap out classic starch like rice, for traditional pap. How about a chakalaka salad dressing, which some eaters love! Atchaar remains the most ordered traditional extra with orders including braaied meat, kotas and pizzas.

If it’s one thing South Africans love, it's to celebrate and even in lockdown, locals have found the most creative ways to honour milestones.

One customer all the way from down South Australia, ordered a birthday meal for her boyfriend and left a note on the app stating, “Please could you drop a Happy Birthday note into the order before delivery. It’s for my boyfriend in SA while I’m in Australia. Please may the note read “Happy Birthday Baby! Even a thousand miles apart, I’ll celebrate you with your favourite meal!” I’d be ever so grateful”. Clearly love knows no bounds, and neither does the food on the app!

Be it weird or down-right ‘what???’, when it comes to special order requests, South Africans keep it classy and polite.

South Africa ranks in at number three globally on the app’s statistics when it comes to using “please” and “thank you” on comments and requests. It’s a small but needed and meaningful gesture, and nothing less can be expected from the rainbow nation.

As the cravings report continues to be unravelled and more weird wallops and crazy cravings are discovered, one thing is for sure, South Africans are as loving as they are unique and while some orders raise eyebrows, other requests warm hearts.