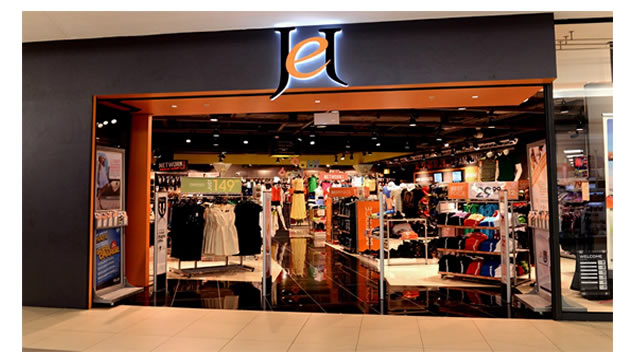 The Foschini Group (TFG) which owns Foschini, Markham, Sportscene and @home announced that it has put forward a conditional offer to buy certain "commercially-viable stores and selected assets" of Jet from Edcon for a cash purchase consideration of R480m.

Edcon's business rescue practitioners have accepted the terms of the offer and TFG has been granted exclusivity to negotiate and finalise the terms and conclude the proposed transaction.

"Jet is a leading Southern African retailer (by brand recognition and market share) and would provide TFG with a strategically important expansion into the value segment of the Southern African retail apparel market. The Proposed Transaction enables TFG to acquire selected parts of the Jet business, a unique opportunity which previously was not possible and is expected to give TFG significant scale at an attractive price," TFG said.

This news comes after the Edcon struck another deal last week that parts of its retail chain Edgars may be sold to Retailability, a fashion retailer and the holding company of store brands including Legit, Beaver Canoe and Style.

The proposed transaction between Edcon and TFG will include the transfer of selected key executives and staff of Jet to ensure sufficient management capacity and continuity to deliver on the current turnaround plan for Jet.

Other parts of the deal include:

As part of the conditional offer, TFG will assume the operational commitments associated with the "commercially viable stores" only, such as employee and lease commitments, albeit on a renegotiated basis. Certain head office staff and functions will also be assumed.

The Proposed Transaction is subject to customary conditions precedent for a transaction of this nature, including amongst others, the renegotiation of store leases, requisite transitional services arrangements being agreed, TFG Board approval and the approval by the relevant regulatory authorities.