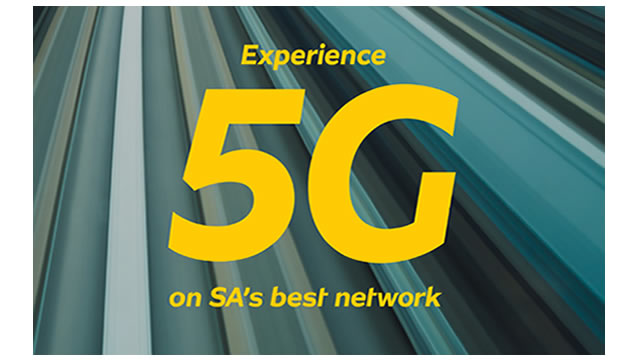 MTN has officially launched its first 5G network in Africa and the Middle East region which it announced to go live in South Africa today.

MTN CEO Godfrey Motsa stated that at launch, the MTN 5G network will support speeds up to 10 times faster than 4G. The network plans to eventually enable up to 100 times faster speeds than 4G.

MTN will offer home Wi-Fi and mobile plans and Home plans will include fixed LTE Wi-Fi routers to connect users to the 5G wireless network.

The network spans 100 sites in Johannesburg, Cape Town, Bloemfontein and Port Elizabeth and is made up of bands that were granted as part of temporary spectrum assigned by ICASA as well as other bands are being used dynamically.

The spectral breakdown is as follows:

MTN states that routers and 5G smartphones with a SIM will be available from the 1st of July.

In terms of mobile 5G plans, MTN customers with a 5G-enabled smartphone or tablet will automatically connect to the 5G network in areas where it is available.

Here is the pricing: All of the available plans can be found over on the MTN website.