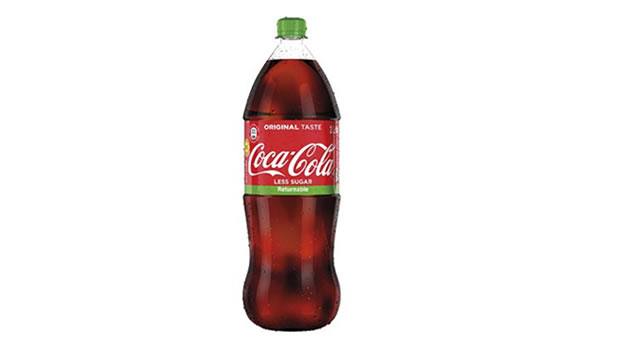 Coca-Cola Beverages South Africa (CCBSA) announced that it will be officially launching its returnable 2-litre plastic bottles to more parts of the country.

This comes after the company conducted a successful piolet project by introducing the 2L returnable bottles made of PET plastic that can be reused up to 14 times in the Eastern Cape last year.

How it works, is that when a bottle is returned to Coca-Cola Beverages South Africa, it will go on a looped journey to be cleaned to Coca-Cola’s stringent measures and requirements, then refilled and start its next life-cycle.

When the bottle reaches the end of its useable lifecycle, it joins the recycling value chain and is repurposed into another PET (polyethylene terephthalate) product.

Returnable bottles will now also be available in Northern Gauteng, Limpopo and Mpumalanga with, more provinces will be added over a five-year period.

Each returnable bottle has the word 'RETURNABLE' printed on a small green strip on the front side of the bottle label. For each bottle you return, you get a R9 deposit, meaning if it costs R20, you'll only pay R11.

“The consumer response to the new 2-litre returnable PET bottles has been overwhelmingly positive. We have seen customers in the Eastern Cape opting to switch over to purchasing the returnable bottles and returning them after consumption. After each bottle reaches the end of its useable lifecycle, it joins a regional manufacturing value chain which ultimately means less pollution in the environment," said CCBSA MD Velaphi Ratshefola.

“We’re committed to increasing recycled material in our packaging and ensuring more packaging is collected and recycled. The roll-out of returnable PET plastic bottles is another way we can support a circular economy in South Africa."