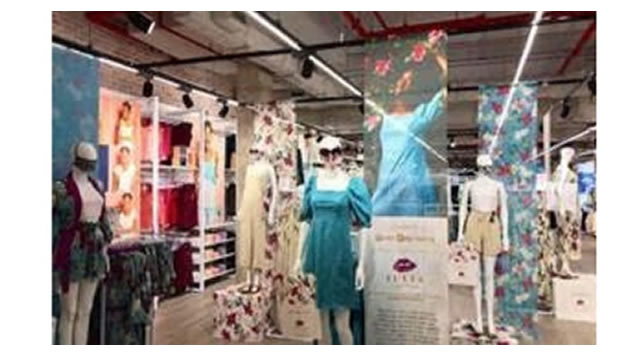 The Futurewear project will be a dedicated platform to cultivate the new guard of South African creatives by allowing them the opportunity to launch their business with an exclusive collection in collaboration with PnP Clothing.

The 20/21 Futurewear project will support and provide two creatives with mentorship in business and practical application of skills in a commercial environment.

This project seeks to be an incubator that nurtures talent, refining their creative process and assisting to entrench their brands in the local market.

Local designers and creatives over the age of 18 are encouraged to submit their profile for consideration to join the mentorship programme which will accumulate in a limited edition collection that will be sold in Pick n Pay Clothing stores nationwide.

Hazel Pillay, General Manager for Pick n Pay Clothing, explains that the Futurewear project emerged after the positive response to the series of limited edition collections they launched to customers last month in collaboration with young designers and Gavin Rajah after nearly 12 months of planning.

The first collection in the series, PnP Clothing x JULIA – designed by Julia Buchanan, was incredibly successful and is almost sold out, less than a month after launch. The second collab will launch mid-September with Katekani Moreku, who is known for upcycling textiles to create colorful prints and hats.

The Futurewear project will be an extension to this series, says Pillay. “We initially chose designers to work so that we could test the collaboration concept to gauge customers’ responses. We now know that we have a platform to make this much bigger,” says Pillay.

She says that the Futurewear project will give emerging designers the opportunity to launch their brand to a broad audience, through PnP Clothing’s national footprint.

“It can be overwhelming for young designers to enter the local market so having the support from Pick n Pay and other expertise like astute designers, such as Gavin Rajah, makes their journey into the business world a lot easier, and helps to set them up for the future.”

The new fashion landscape requires a new breed of designers who are in touch with the changing business of fashion and economy, and the Futurewear project seeks to meet that need, explains Rajah.

“Many young designers have a conceptual approach to fashion so we want to bridge the gap between creativity and commercial sensibility.

This is much more than a design mentorship as the project will take a holistic approach that includes a strong focus on practical business skills so that we can create and invest in a new generation of talent.”

Pillay concludes, “We are excited to expand this so that we can support more local talent – and local suppliers who produce the garments – while also providing our customers with access to designer clothing that is affordable for all.”

For more information and how to enter, aspiring fashion creatives and designers can visit www.capetownresort.co.za/futurewear/. The submission for applicants closes on 30 September 2020.

Two successful creatives will join the Futurewear project and they be announced on 5 December 2020 at the Cape Town Resort Collection event.