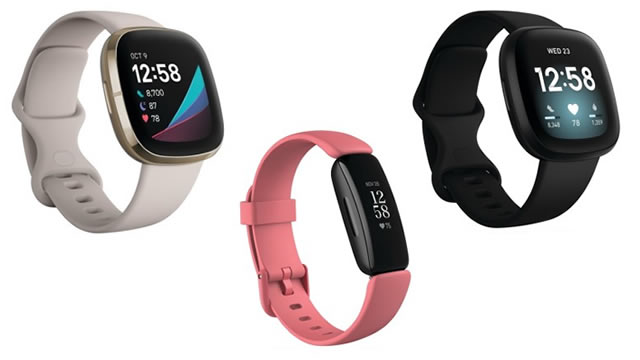 Fitbit has announced that it has launched three new smartwatches and a new service.

Pre-orders for the new devices will open in mid-September in South Africa and the watches will be available to purchase by October.

For the new Inspire 2, you’re looking at a price of R 2 399. A variety of accessories for each device will also be available.

Here is a list of specifications of the three new smartwatches:

It also includes GPS and heart-rate tracking, but not the more advanced sensors of the Sense such as EDA tracking.

According to Fitbit, the Fitbit Sense is the company’s most advanced health smartwatch to date because it features the world’s first electrodermal activity (EDA) sensor on a smartwatch.

This EDA sensor can help analyse your body’s response to stress, according to the company.

“Using the EDA Scan app, place your palm over the face of the device to detect small electrical changes in the sweat level of your skin,” it said in a press release.

“Measuring your EDA responses can help you understand your body’s response to stressors and help you manage your stress.”

Other features of the smartwatch include ECG tracking, a week-long battery life, support for voice assistants, and voice-to-text replies for messages.

The smartwatch also comes with a free six-month trial of Fitbit Premium.

Last but not least, the new FitbitInspire 2 forms part of the company's affordable range of fitness trackers.

The device features  10 days of battery life, it has the longest battery life of any of Fitbit’s trackers and smartwatches.

It includes activity, sleep, and heart-rate tracking. The company also notes that a one year free trial of their Premium subscription is paired with the device to provide deeper insights into ffitness data.