Edcon to sell stake in Edgars to Retailability, a local rival - report 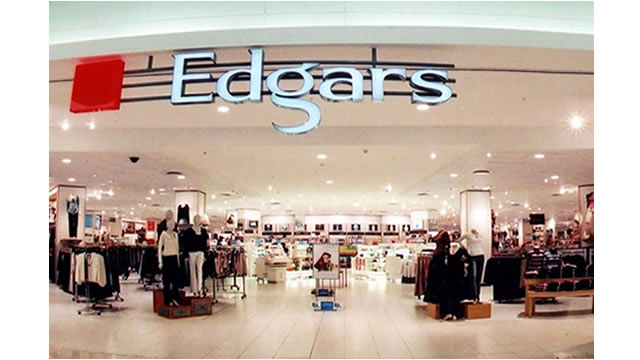 Edcon Holdings is set to reportedly sell a part of its retail clothing chain Edgars to a local rival called Retailability Pty Ltd, based in Durban, has backers including Johannesburg-based Metier Private Equity.

This is according to a report by Bloomberg, which rates that administrators led by Lance Schapiro and Piers Marsden struck a deal with Retailability Pty Ltd, a holding company for brands Legit, Beaver Canoe and Style, that owns 460 stores across southern Africa.

This deal will potentially be saving thousands of jobs as the details of the transaction will be finalized based on the signing of further agreements, the business-rescue team said in a statement on Tuesday.

Edcon was put into a local form of bankruptcy protection in late April, after a five-week strict lockdown to contain the coronavirus in South Africa wiped out sales and curtailed a recovery from a 2019 restructuring.

Rescue plans for the other parts of Edcon are at an advanced stage, the administrators said. The company as a whole employs almost 18,000 permanent workers and hires about 5,000 more on a seasonal basis.

The company issued section 189 notices to 22,000 full-time and temporary employees across the group.

This is more than half of the group’s 39,000 full-time and temporary employees and deals a massive blow to SA Inc’s efforts to protect jobs.

In a statement published on 9 June, Edcon’s Business Rescue Practitioners (BRPs) said that the company has paid salaries to staff in the months of April and May and is expected to make the June 2020 salary payment.

“The practitioners can confirm that the payment of salaries will continue to be a priority during the business rescue period, subject to trading conditions and continued support being received from the TERS and UIF processes,” it said.