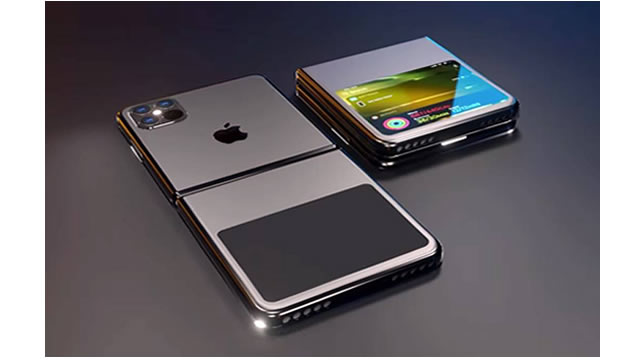 Apple will reportedbly be launching an iPhone that will feature a dual-screen extendable display which will turn it into a foldable device.

This claim was made by the Front Page Tech analyst Jon Prosser, which stated that multiple sources have confirmed to him that an existing prototype of a clamshell foldable smartphone iPhone exists.

He further noted that the big differency with this device compared to Samsung, Huawei, and Motorola’s foldable smartphones, Apple is using two separate display panels to form a single large main screen.

According to Prosser, the prototype features round, stainless steel edges, similar to the design on the iPhone 11.

The main extended display does not have a notch but instead has a small bezel on the outer display which will house the components needed for Apple’s proprietary Face ID biometrics.

For opening and closing the smartphone, it will use a new fabric hinge which was previously reported on by Patently Apple.

In addition to this,  Prosser also leaked new information about the upcoming range of Apple smartphones.

According to Prosser’s leaked images and videos, the iPhone 12 Pro Max will support LiDAR assisted autofocus.

He also noted that it will also come with new video recording modes that will allow users to capture 4K 120FPS and 4K 240FPS slow-motion video.

Other camera features that were unveiled in the leaks include enhanced night mode, advanced noise reduction, and bit depth video.

While the leaks do not provide information on the lenses used in the iPhone 12 Pro Max’s camera, Prosser’s source noted that the rear camera module is about 10% larger than in the previous-generation equivalent iPhone.

Face ID will reportedly be more accurate and faster than before and can unlock at a wider variety of angles.